The Jura region: a new Eldorado for winegrowers and speculators?

Home / News / The Jura region: a new Eldorado for winegrowers and speculators?

The Jura vineyards are on a roll. In the space of ten years, they have become a kind of promised land for a whole generation of neo-winegrowers, who aspire to produce wines that are always organic – and often biodynamics-oriented – and vinified with little or no sulphur if possible. However, the Jura fever does not stop there: there is also speculation on emblematic estates and soaring prices at auction on some rare vintages. And with the hazards of the last few vintages making production even scarcer, the phenomenon can only increase. This is the reason why Filips Wine has decided to delve into the subject! Let’s focus on this Eldorado region and its flagship estates, on the occasion of the “Percée du Vin Jaune”, which took place on April 2nd and 3rd in Cramans.

Small in size, but huge in diversity and age, the Jura vineyards (also called Revermont or Bon-Pays) stretch over 80 kilometres in the Jura department in France, from Salins-les-Bains to Saint-Amour. Nestling on the slopes of the first foothills of the Jura mountains, these vineyards are particularly known for their production of “vin jaune” (yellow wine), an atypical wine, which is aged in barrels in contact with oxygen for 6 years and 3 months

The value of the great Jura wines keeps on the rise

For several years now, Jura wines have drawn the interest of wine lovers and buyers all over the world. In the TOP of the most expensive wines of the region, we find the most famous domains, such as Overnoy – the undisputed star – but also Jean Macle, Ganevat, Tissot, Berthet-Bondet, Montbourgeau, Jean Bourdy and Château d’Arlay… We can also notice this price surge on wines such as the Domaine des Miroirs. All these wines can be considered as rare – whether they are old vintages or vintages produced in small quantities, or micro-domains. In addition to the predominance of vins jaunes – THE SPECIALITY of the region – there is also, as in other regions, a high proportion of organic, biodynamic, or natural estates. This is not surprising since the Jura region has established itself, along with the Beaujolais region, as one of the cradles of natural wine.

Overnoy / Houillon-Overnoy: This is THE reference in the Jura region. Pierre Overnoy has run this family estate in Pupillin (south of Arbois) since 1968. Trained by the physicist Jules Chauvet, he rejected synthetic chemicals from the outset and always worked his estate as naturally as possible, notably by banning sulphites very early on. In 2001, he passed the baton to Emmanuel Houillon, his adopted son who, with his wife Anne, runs the 5.5-hectare estate. All the wines of the Pierre Overnoy estate have become an object of desire worldwide. 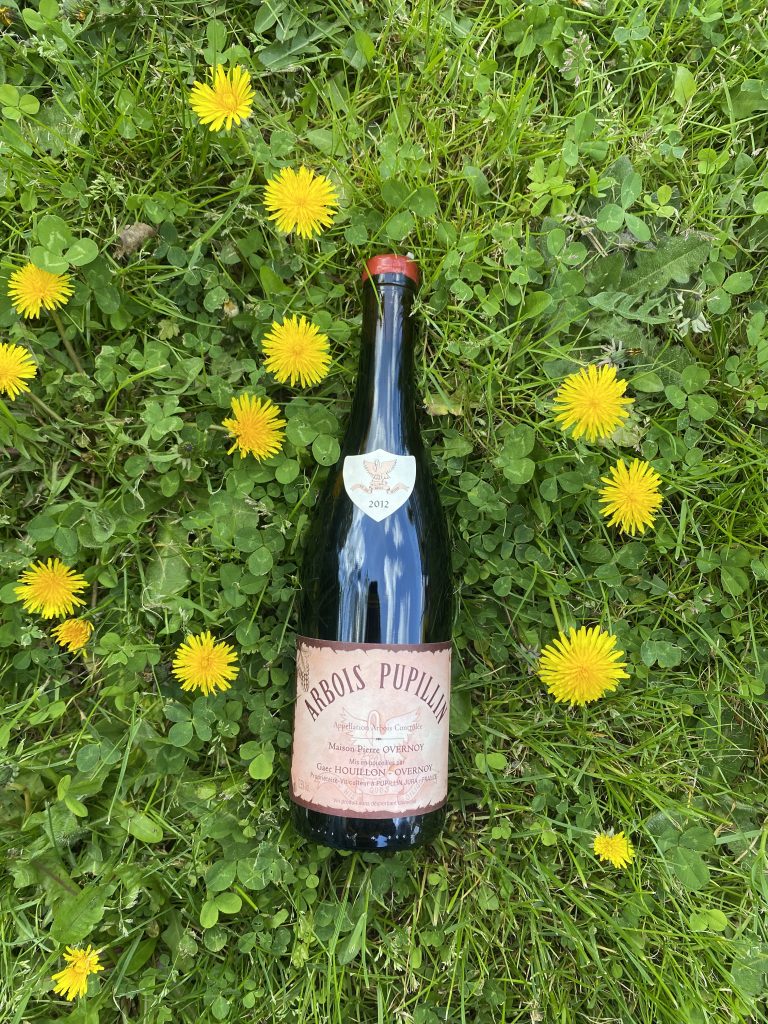 Ganevat: Close to the philosophy of natural wines, Jean-François Ganevat masters biodynamics to perfection. Each parcel selection has a unique personality, with a variation of harmonies and tensions that reflects each terroir. Thanks to low yields and considerable work in the vineyard, the reds, which are increasingly matured in terracotta jars, now reach a fantastic level of expression.

News: The famous Jura wine estate, sold at the end of August 2021 by Jean-François Ganevat to the Russian Alexander Pumpyansky, will surely return to the family fold. Indeed, following sanctions against the Russian owner after the invasion of the Ukraine, the winegrower has joined forces with Benoit Pontenier, Director of the Prieuré Saint-Jean de Bébian (Languedoc), to try to buy these two wine estates back. 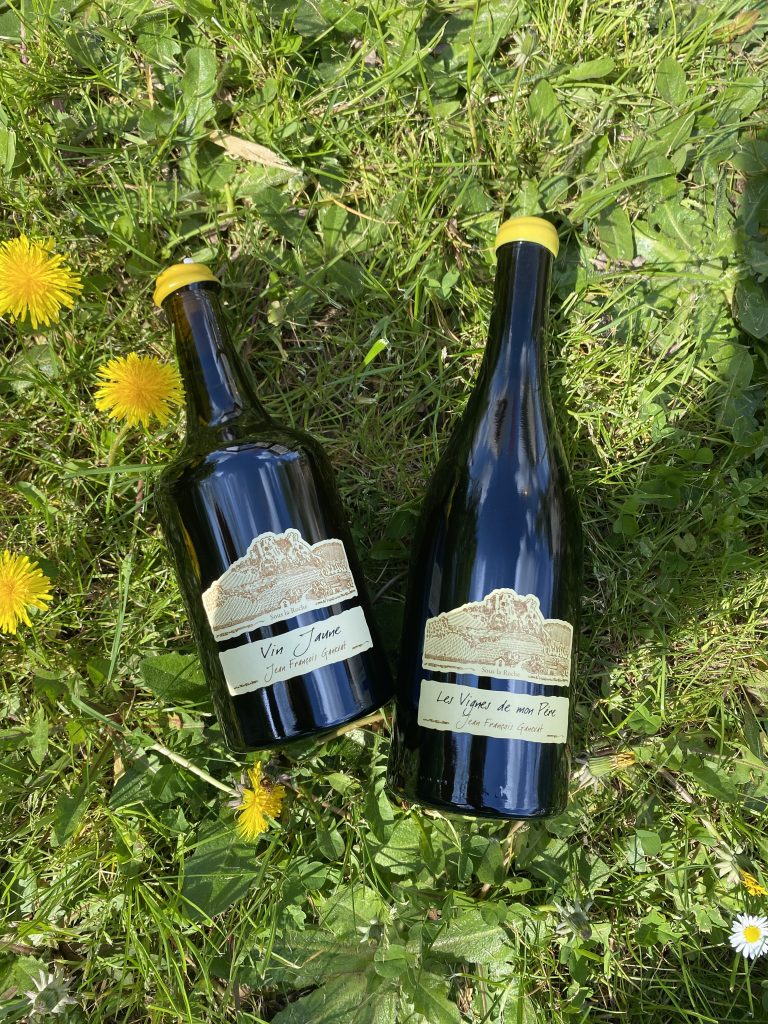 Macle: the Pope of vin jaune! This estate located in the jura region was created in 1850 in Château-Chalon and has been for many years in the hands of Jean Macle (who recently passed away) and his son Laurent. The dizzying slopes on which some of his vines are located require impressive courage and hard work, and the consistency with which the estate manages to get the best out of each vine of Savagnin and Chardonnay grapes is outstanding.

Labet: Located at the southern tip of the Jura vineyards, the Labet Domain is a family of winemakers working together to produce 13 hectares of vines, divided into 45 parcels. Their white wines are highly individualised and expressive, and their red wines are ranked among the most exceptional in the region. Although their sulphur levels are very low, their balance is amazing. A great “natural” estate.

Marnes blanches: The future of the Jura is written here. Pauline and Géraud Fromont are young oenologists in their thirties, native from the region, who in 2006 took over ten hectares of vines in Southern Jura. With organic cultivation, manual work and small yields, this estate produces high quality wines with their bare hands, talent, and know-how.

A M Tissot: This Jura estate was created in 1962 in Montigny-les-Arsures by André and Mireille Tissot. It has expanded over the years to 46 hectares. Since the 1990’s, their son Stéphane and his wife Bénédicte have done a considerable amount of work and made the biodynamic estate one of the absolute references in the region – whatever the type of wine. 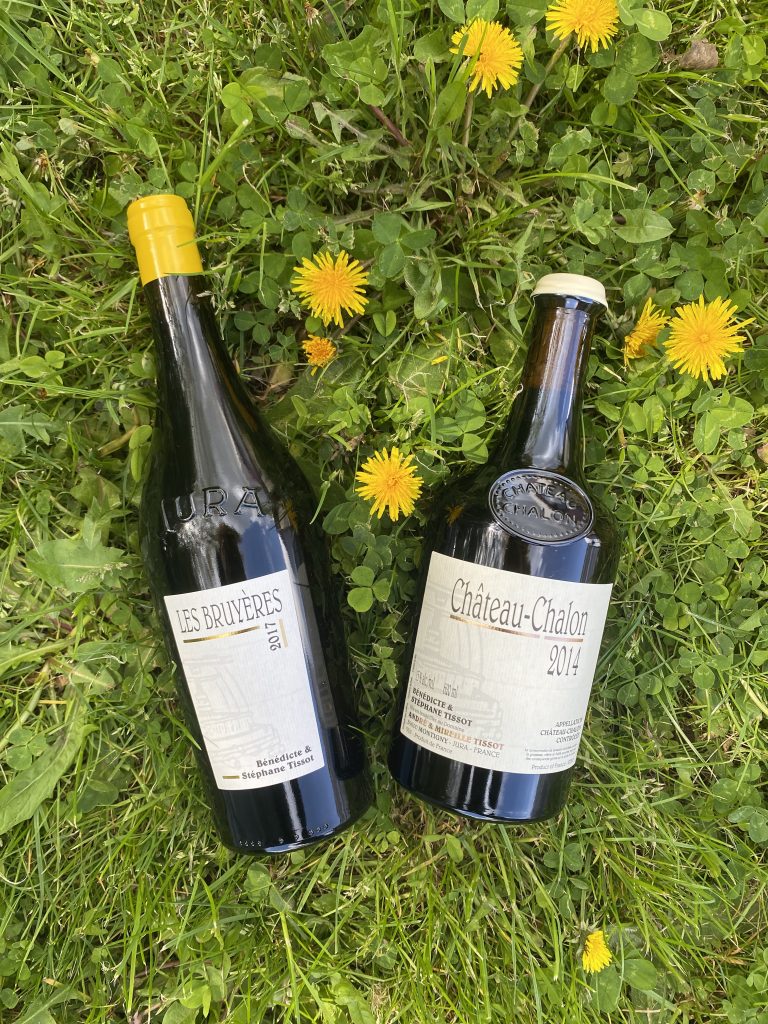 Domaine des Miroirs:The natural wines from the Jura region, by Kenjiro Kagami. Originally from Japan, Kenjiro Kagami decided to move to France in 2001. After studying oenology and working with leading winemakers, he acquired a 3-hectare vineyard on limestone slopes in 2010 with the help of Jean-François Ganevat. His wines are a real success and attract wine lovers from all over the world.

Jean Bourdy: Located in Arlay, the Jean Bourdy estate was created between 1475 and 1500. “The Bourdy family is one of the oldest winegrowing families in the Jura region: the current generation is the 15th. Today the vineyard covers 10 hectares and is planted on clay-limestone soils. The Jean Bourdy estate covers all the Jura appellations, the grapes are harvested by hand and the vines have been cultivated biodynamically since 2006. 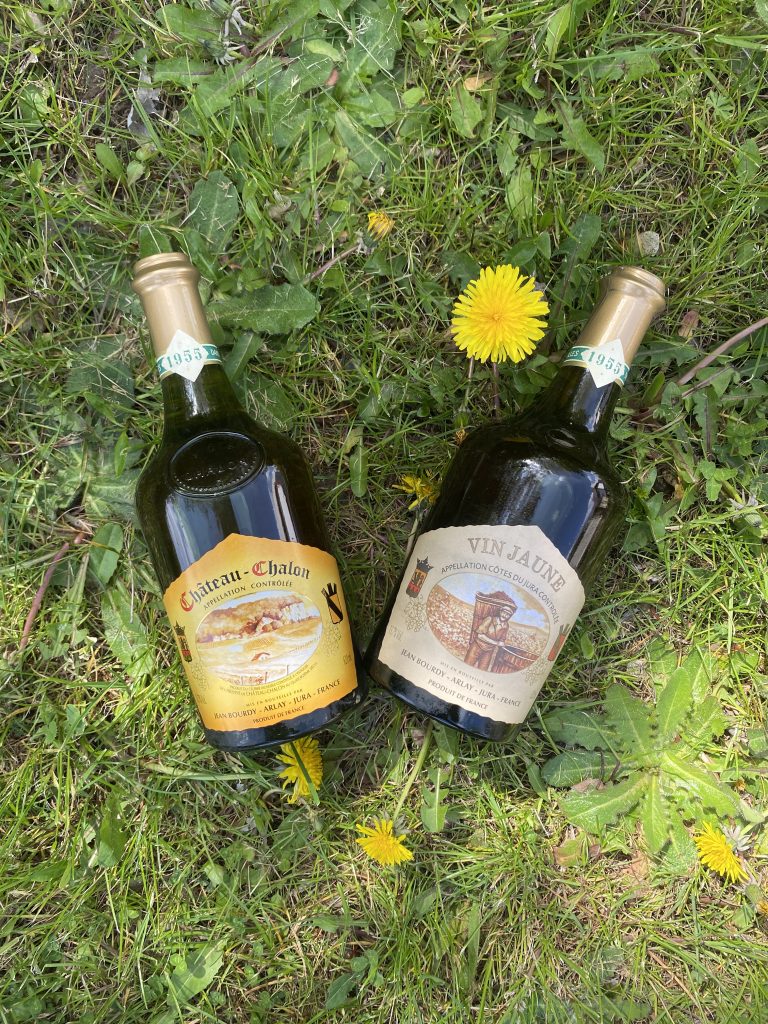 Berthet Bondet: This Jura estate is one of the most renowned in Château-Chalon. Chantal and Jean Berthet-Bondet, both agricultural engineers, left the city in 1985 to create this 11-hectare certified organic estate, which is now managed by Hélène, Jean’s daughter. A superb organic production, with a classic style. Their “vins de voile” (referring to the yeast film) are particularly well-known. 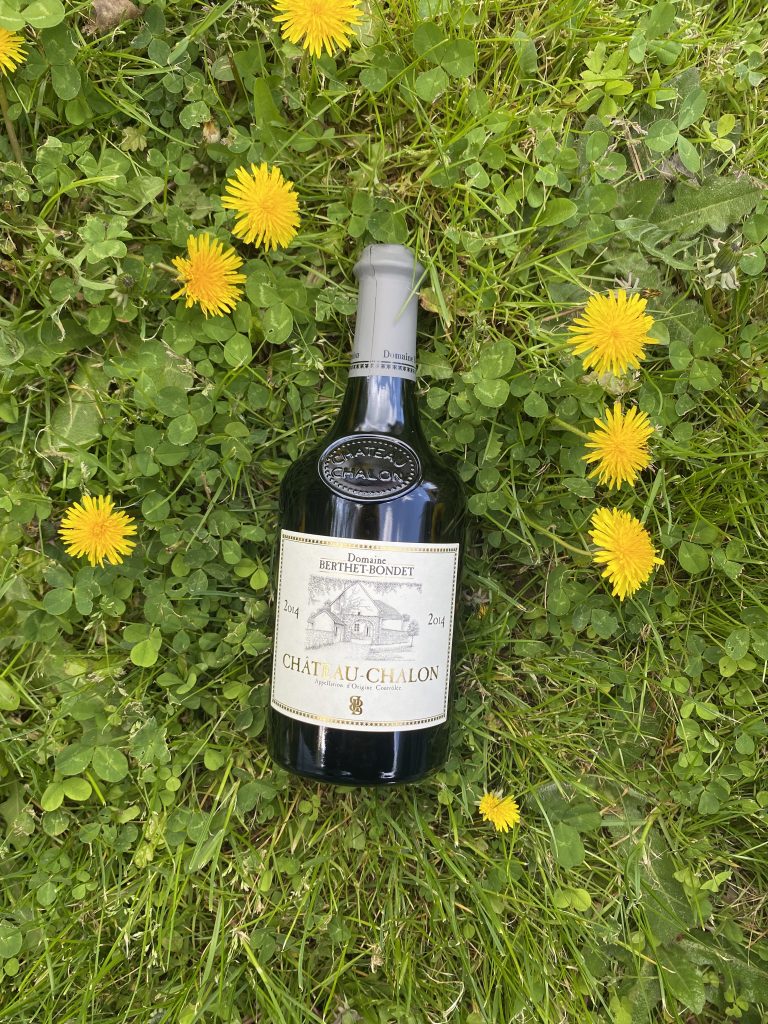 Montbourgeau: An eight-hectare family estate that has been around for almost a century in the village of L’ Étoile. Still too little known, this appellation can give rise to expressions of great elegance. Today, Nicole Deriaux is at the head of Montbourgeau Domain. 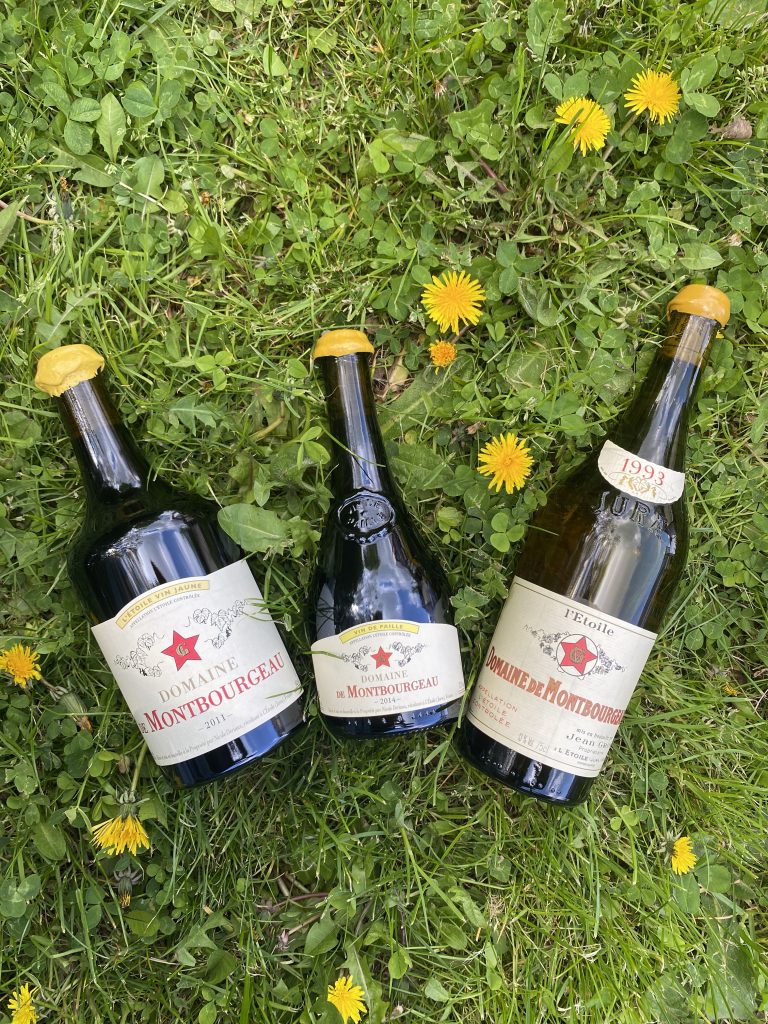 Vin Jaune is considered one of the world’s greatest wines. Château-Chalon is its native vineyard but it is also produced under the appellations of Arbois, L ‘Étoile and Côtes du Jura.

This is an oxidative wine, meaning that during its maturation in the barrel, the wine has been in contact with oxygen – at least partially since a complete oxidation would cause the wine to “die”. Vin jaune is an exceptional and almost immortal wine. Some of its bottles are more than a century old. The oldest bottle tasted dates from 1774!

On tasting, the vin jaune has an extraordinary bouquet, a firework of aromas that intertwines nuts, dried fruit, spices, white fruit, and fresh floral notes. On the palate the wine is powerful, opulent, and concentrated.

During a meal, it can be appreciated with powerful, concentrated, and noble dishes: old Comté cheese, chicken with morels, monkfish with curry.

The SAVAGNIN grape variety is used exclusively to make vin jaune. The grapes are harvested and then transformed into wine in the cellar in the traditional way. Then takes place the most important stage: the wine is put into 228 litre casks where it stays for a minimum of 6 years and 3 months without topping up (without adding wine to compensate for its natural evaporation). The level of the wine drops gradually, which leads it to get in contact with oxygen. If the oxidation were complete, the wine would die, but in the case of vin jaune, a film (or veil) of yeast forms on the surface, which protects the wine from complete oxidation: this is called partial oxidation. This process will give the vin jaune its special character, its power, and its oxidative flavours of curry, nuts, etc. After 6 years and 3 months, only 2/3 of the wine remains in the barrel. The wine is then bottled in a specific and unique container, called “clavelin”.

This event, which took place on the weekend of April 2nd and 3rd 2022 in Cramans, is as incredible as the wine it celebrates and can be summed up in one word: unique! Considered as the first wine festival in France, this event takes place every year in one of the municipalities of the Jura vineyards. Its inhabitants make their cellars, barns, and garages available to welcome winegrowers, who offer tastings of all the regional wines. Each year, tens of thousands of visitors are expected to attend.